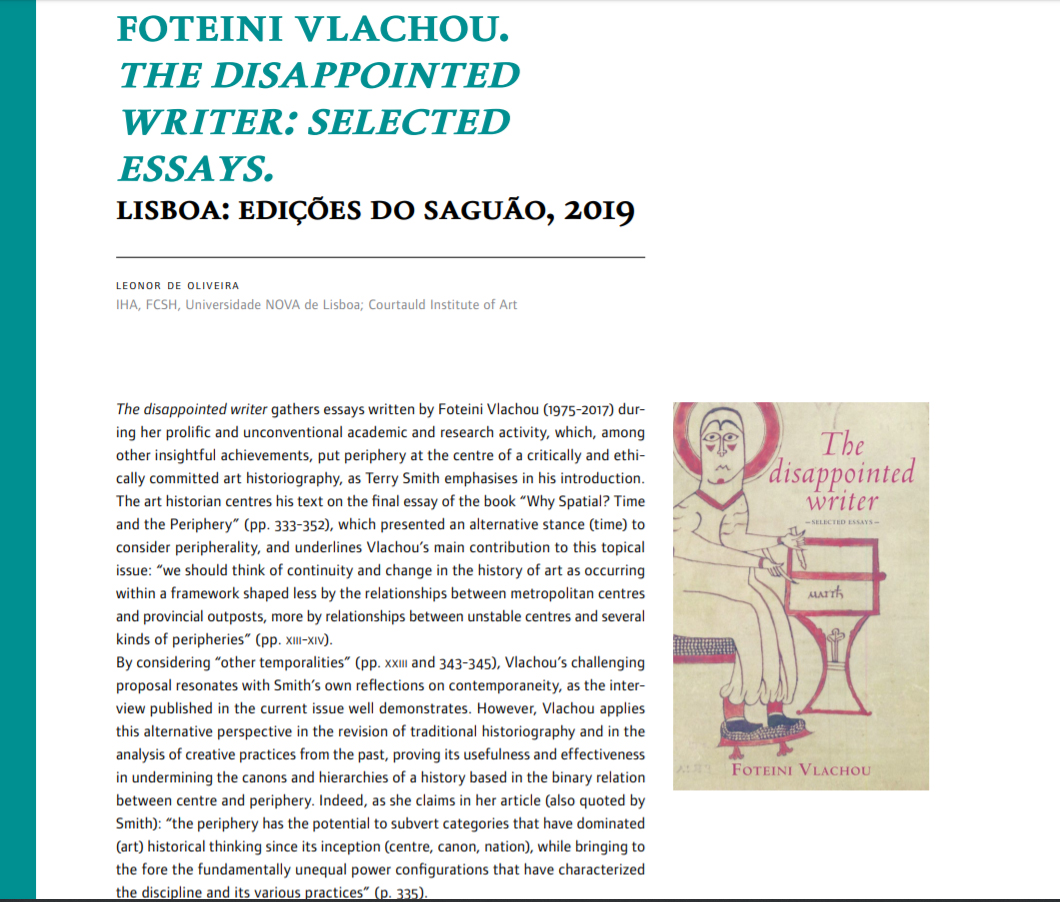 "The disappointed writer gathers essays written by Foteini Vlachou (1975-2017) during her prolific and unconventional academic and research activity, which, among other insightful achievements, put periphery at the centre of a critically and ethically committed art historiography, as Terry Smith emphasises in his introduction.
The art historian centres his text on the final essay of the book “Why Spatial? Time and the Periphery” (pp. 333-352), which presented an alternative stance (time) to consider peripherality, and underlines Vlachou’s main contribution to this topical issue: “we should think of continuity and change in the history of art as occurring within a framework shaped less by the relationships between metropolitan centres and provincial outposts, more by relationships between unstable centres and several kinds of peripheries” (pp. xiii-xiv).
By considering “other temporalities” (pp. xxiii and 343-345), Vlachou’s challenging proposal resonates with Smith’s own reflections on contemporaneity, as the interview published in the current issue well demonstrates. However, Vlachou applies this alternative perspective in the revision of traditional historiography and in the analysis of creative practices from the past, proving its usefulness and effectiveness
in undermining the canons and hierarchies of a history based in the binary relation between centre and periphery. Indeed, as she claims in her article (also quoted by Smith): “the periphery has the potential to subvert categories that have dominated
(art) historical thinking since its inception (centre, canon, nation), while bringing to the fore the fundamentally unequal power configurations that have characterized the discipline and its various practices” (p. 335).
Vlachou’s own personal and academic itinerary outlines a geography that is in the margins of the main narratives of European art, but is nevertheless able to naturally
assume its autonomy and relevance." -Leonor de Oliveira